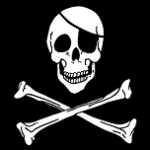 He worked to bring the Touch Bowl (The Canadian Touch Football Championship) to Saint John in 1990 & 1993. We was key contributor of the Trojans up to his retirement from the league in 95′.

“As you can tell, I have accumulated a lot of great memories during the past 19 years. To each of you who have been apart of making those memories, I thank you. And to those players who are new to the league, I thank you for being a part of tomorrow’s memories. I sincerely hope that this game can provide you with as much satisfaction as it has given me.”